2015 September 27 - Our first ceremony was held with the retirement of Pierce Township's K9 Razec. It was a beautiful ceremony. Update: Razed passed away on 2/3/2017. He will be missed.

2016 Oct 5 - Our bronze K9 has been placed on his boulder at the site and lighting has been installed. The cement foundation is also done. 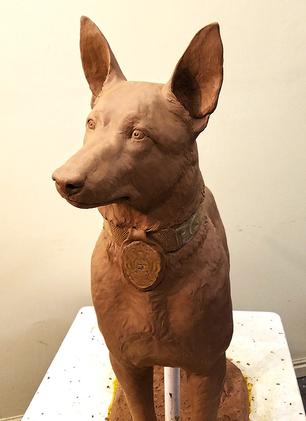 2015 November 13 - Work is underway on our bronze sculpture that will serve as the centerpiece of the Memorial. Salt Lake City, UT sculptor, Lena Toritch of Young Fine Studios is the artist, Amelia PD K9 Gator is the model. 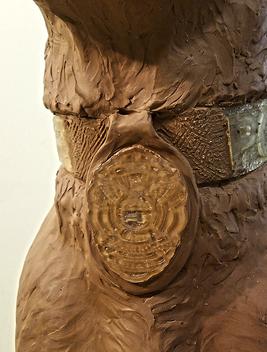 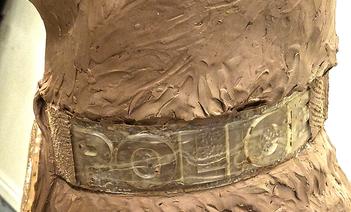 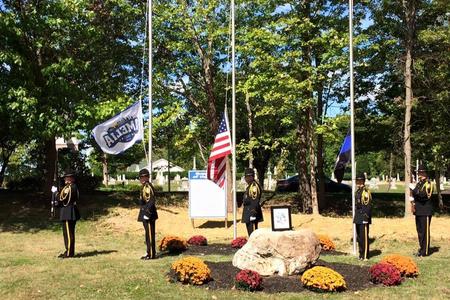 2016 June 1 - Our Sculptor, Lena Toritch has completed the molding of the badge and collar our K9 statue will wear. He's looking pretty official now. 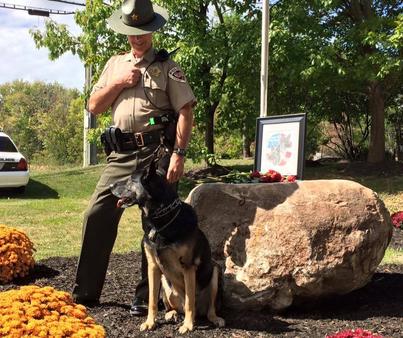 2018 May 19 - We installed and dedicated the first three granite walls . The center panel will include "The Guardians of the Night" poem and pictures of K9s while the two outer panels will bear the names of sponsored K9s.

​The dedication included a number of guest speakers, an honor guard made up of representatives from the Clermont County Sheriff's Office, Ohio State Highway Patrol, Milford Police Department and Miami Township Police Department, the Emerald Society Pipes and Drums. The highlight was a parade of over 40 K9 units.

We would like to thank all of the people who contributed to make the dedication possible. We have felt the support of contributors across the state and even the country who appreciate you and your dogs. Those who have passed will not be forgotten. Those who serve are making a difference every day. Your K9s are treasured in the hearts and minds of people everywhere. 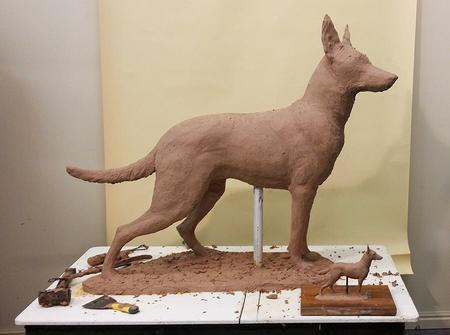 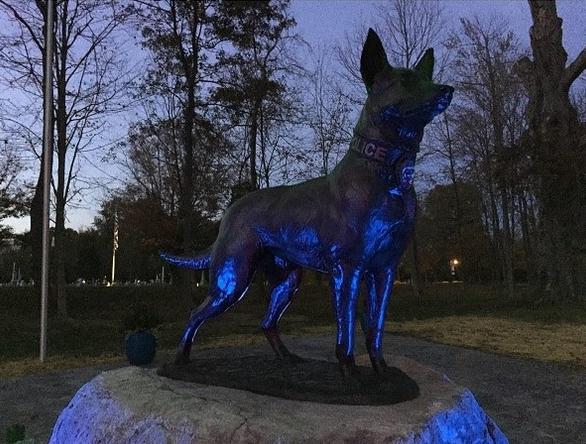